“People will laugh at me.”

“There are people better at this than I am.”

Do any of these excuses sound familiar? I confess, several of them, if not all of them, have found their way into my but-I-can’t repertoire at some point.

So insecure. So scared. Sometimes, just so lazy.

The older I get, the more I’m learning this simple, terrifying truth: usually, what God calls us to do is far outside our comfort zone.

Walking with God often resembles the famous Star Trek catchphrase of one Captain Kirk. “To boldly go where no man has gone before…” The problem is, we don’t like going where no man has gone before. We want the easy path. The predictable way. The comfortable sameness we’ve grown accustomed to. We tend to gravitate towards “where most people tend to clump up because going somewhere unknown is crazy hard”. 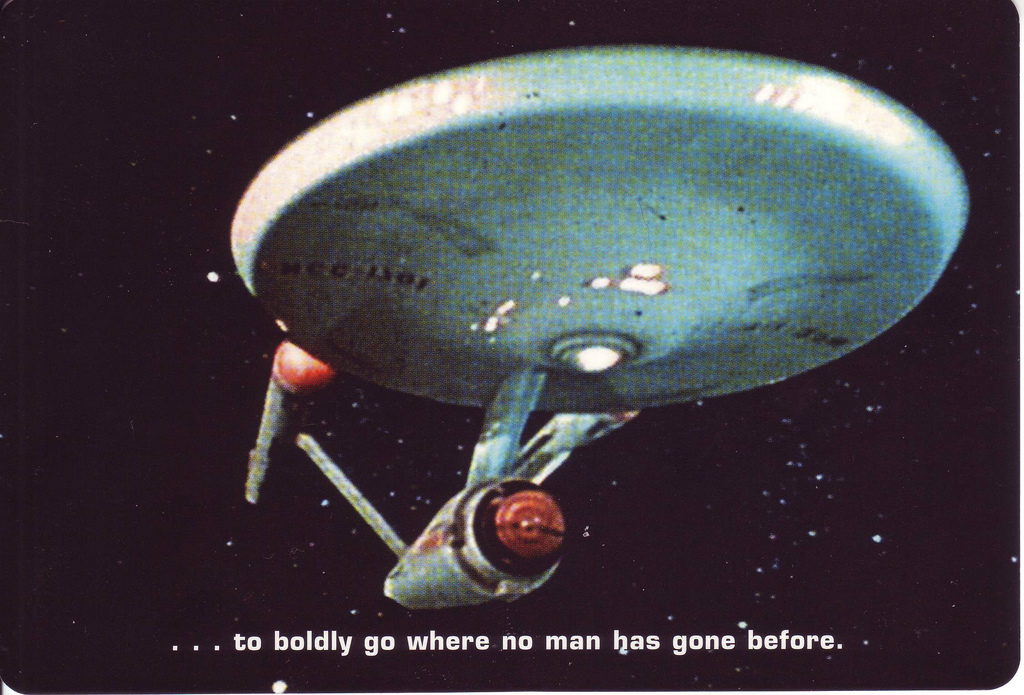 However, I think part of the problem with moving into the unknown comes from a misconception common throughout human nature in every generation. We think we have to be ‘qualified’ to take on tasks of God-sized proportions.

Not once do we see God telling one of His children that they will be successful because of their degrees, adequacy, skills or bravado. He doesn’t pick the “Most Likely to Succeeds” or the Supermans. Usually it’s the opposite. He chooses the weak. The broken. The vulnerable. He says success will be achieved when they lay their life in His hands.

So if you’re feeling unqualified and overwhelmed with the task He’s calling you to do, be comforted. You’re in good company.

Moses was a simple shepherd, thrust into a strange land after a murder was added to his rap sheet. So when God called to him from the middle of a burning bush with a uncomfortable assignment, Moses balked. Excuse after excuse. “You’ve got to send someone else.” “They won’t believe me.” “I can’t speak well.”

Let me share a little secret with you—God knows we can’t do it in and of ourselves. We are too feeble, too insecure, too indecisive, too easily led astray by our own emotions. He basically told Moses, “Don’t get all wrapped up in what you can’t do or what you don’t know. I will teach you. Trust Me. I’ve got this.” 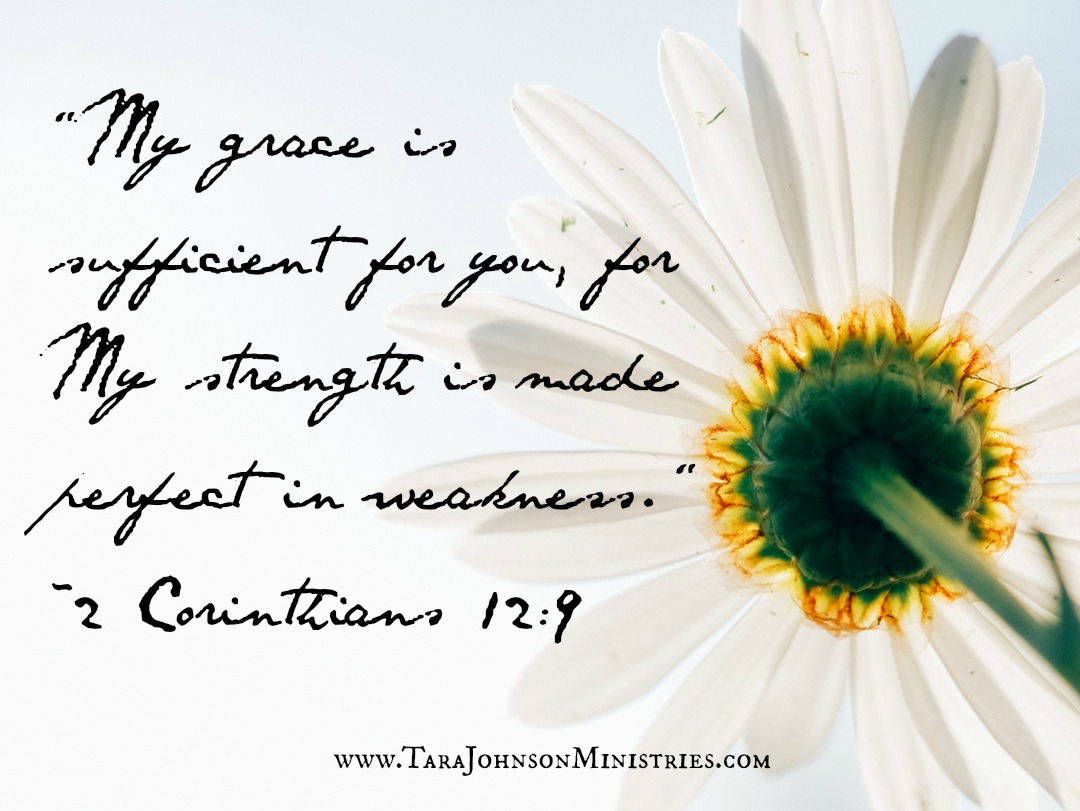 Consider Gideon. Despite Gideon’s paralyzing insecurity, God called him to lead a battle against the Midianites. 32,000 men were ready to fight , but God said, “Nope. Too many.” So He whittled the army down to 10,000. Still too many. When it was all said and done, God carved down Gideon’s army to a scant 300. They were outnumbered 450 to 1.

Gideon must surely have been a nervous wreck, but God was ready to showcase his unstoppable power. “I will deliver you with the 300.” (Judges 7:7)

32,000 isn’t always better than 300. A young mother battling addiction may not be a better provider to her children than a grandmother who was ready to enjoy retirement but is determined to mold her grandchildren into warriors of God. A super-talent may not be the better choice for worship leader than the man who can barely carry a tune but knows how to lead others to the Savior’s feet. The Pulitzer prize winning author isn’t always better than the simple no-name writer who weaves stories together to teach his friends about Christ. An evangelist who can shake down a roof with his powerful, engaging sermons isn’t always better than the humble pastor who spurns applause, yet loves the broken and gives himself away, serving them despite his own exhaustion.

At times like that, God smiles and wraps His arms of peace around us. “Okay, so you have nothing. I can work with that too.” After all, He spoke the universe into existence. Turning your nothing into something isn’t too hard for Him.

Our weakness is a show room for God to display His amazing, jaw-dropping power. It keeps us reliant on Him. Some folks call it ‘God margin’. Others ‘grace gaps’. Whatever you want to call it, it’s the space between our own ability and what is required for victory. He sees our cracks, the empty space where our ability yawns painfully away from success and He steps in to fill the hole. He teaches. He moves. He shields and protects. Sometimes, He even turns the world upside down to meet our need.

That’s probably the greatest thing about being given an assignment that leaves you breathless—you won’t be forging into new territory alone. The One who calls you to it, will walk with you through it. Paving the way. Guiding and squeezing your trembling hand in His.

“I will instruct you and teach you in the way you should go; I will counsel you with my loving eye on you.” ~ Psalm 32:8

Thinking over all this, I was reminded of a sweet incident with my middle child several years ago. I was getting ready for the morning, putting on my make up (or ‘painting the barn’ as my husband so lovingly puts it) and Callie ran in to the bathroom, wrapping her arms around my knees. She looked at me with a grin. “Mom…hold me!” She was in kindergarten and loved piggy back rides. 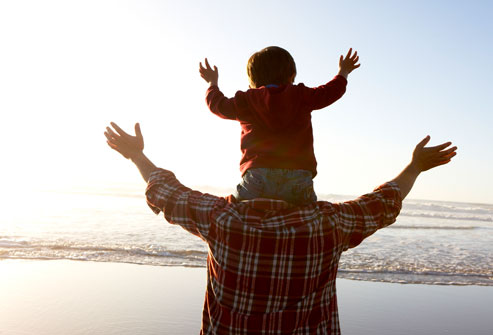 I knelt down, letting her climb onto my back, and stood. She giggled when she saw her reflection in the mirror. Her blonde head was several inches higher than my own. Measuring our height difference with her little hands, she grinned from ear to ear. “Hey, Momma. I’m kind of little, but I’m big when you hold me!”

We are little, inadequate and weak within ourselves, but resting on the shoulders of the Everlasting Arms, we are huge. More than ready to take on any task He leads us to…whether we have 32,000, 300 or nothing.

Have you ever felt ill-equipped for a God-sized adventure? In what ways is God stretching you outside your comfort zone? How does it make you feel? I would love to hear your story!