“You have heard that it was said, ‘Love your neighbor and hate your enemy.’ But I tell you, love your enemies and pray for those who persecute you, that you may be children of your Father in heaven. ” (Matthew 5:43-45) 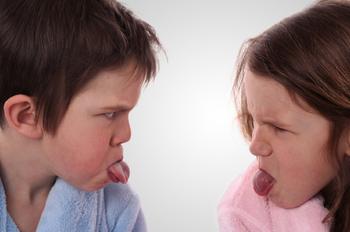 I don’t know about you but loving my enemies can be a tall order sometimes. People can be hurtful. Even downright mean. It’s easy to want to defend ourselves or our loved ones, to right the wrong, or inflict the same kind of hurt we have suffered. After all, the world tells us to destroy our enemies. We must claw our way to the top. Curse those who oppose us. Fight for our own. Leave no survivors.

But the world’s way is not God’s way.

“Anyone who claims to be in the light but hates a brother or sister is still in the darkness.” (1 John 2:9)

Pursuing God, pursuing wisdom, pursuing love is never something we fall into accidentally. Loving those who hurt us takes a deliberate effort—it’s a choice to follow God, to yield to Him, no matter the cost to our pride or want-tos. 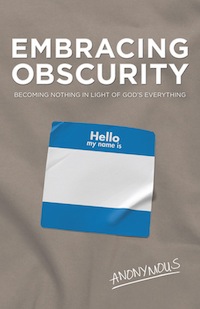 Not long ago, I was reading from one of my favorite books Embracing Obscurity and was reintroduced to the amazing, courageous story of Rose Mapendo.

“A Tutsi Congolese, Rose was a victim of intense mistreatment during the genocide in the Democratic Republic of Congo at the end of the twentieth century. After her husband was tortured and then executed, Rose was taken with nine of her ten children to a death camp where she spent almost a year and a half suffering in unimaginable conditions. Abuse. Starvation. Thirty-two women and children in a single prison cell—with no toilet. Rose wrestled with God. Why did He make her Tutsi? Why did He make her a woman? Why did He allow her to become pregnant right before this nightmare? She was gripped by hatred for the four men who guarded their cell. (Who would possibly blame her for despising them?) But during her time in the death camp, Rose came to peace with God’s sovereignty and chose to forgive the four men who guarded and mistreated her and the others.”

“The time came for Rose to deliver. On the filthy concrete floor of her prison cell, in the dark, having to cut the umbilical cords with a piece of wood, Rose gave birth to twins. And as if forgiveness wasn’t enough—this is unimaginable to the world—she named her babies after two of the prison guards. She wanted them to know she was not their enemy.” (Embracing Obscurity, author- anonymous. B&H Books. 2012. pg 132) 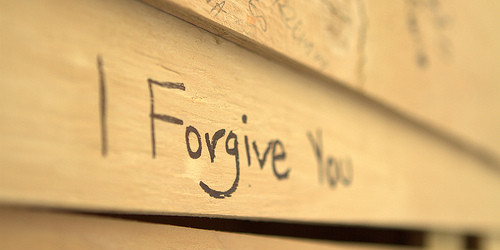 Her forgiveness and love made a deep impression on those running the death camp. Later, when the order came to kill all the people inside, the commander couldn’t bear to see Rose’s beautiful spirit snuffed out. He had Rose and her family transferred to another prison situated in Kinshasa. Later she was sent to a protection center in Cameroon. Rose and her children now live in Arizona where she is active in her church and helps other refugees heal from the emotional, psychological and spiritual effects of abuse.

Forgiveness is never in vain. Refusing to offer it is like strapping someone to your back and dragging them around. Who suffers more…the one tied or the one doing the dragging?

Forgiveness and love heal. They transform. They birth freedom. By all means, learn from the past but don’t stay chained to it. Forgiveness in the present rewrites the future.

When we love Jesus the way we should, loving those difficult, mean people grows a little easier. Forgive and watch God transform hearts.

Usually that transformed heart includes our own.

” Love is patient, love is kind. It does not envy, it does not boast, it is not proud. It does not dishonor others, it is not self-seeking, it is not easily angered, it keeps no record of wrongs. Love does not delight in evil but rejoices with the truth.  It always protects, always trusts, always hopes, always perseveres. Love never fails.” – 1 Corinthians 13:4-8