The past week was a taste of paradise. I was overjoyed to attend a writers retreat for the authors who are signed with the fabulous agents of Books & Such Literary Agency. Boy, did they spoil us! We met in Monterey, California to enjoy a time of learning, fellowship, planning and fun. My brain is overwhelmed with everything they taught us, the creativity and joy were contagious and the view couldn’t be beat. But best of all were the friendships forged. As you can see, the love between the authors of Books & Such are a rare gift. 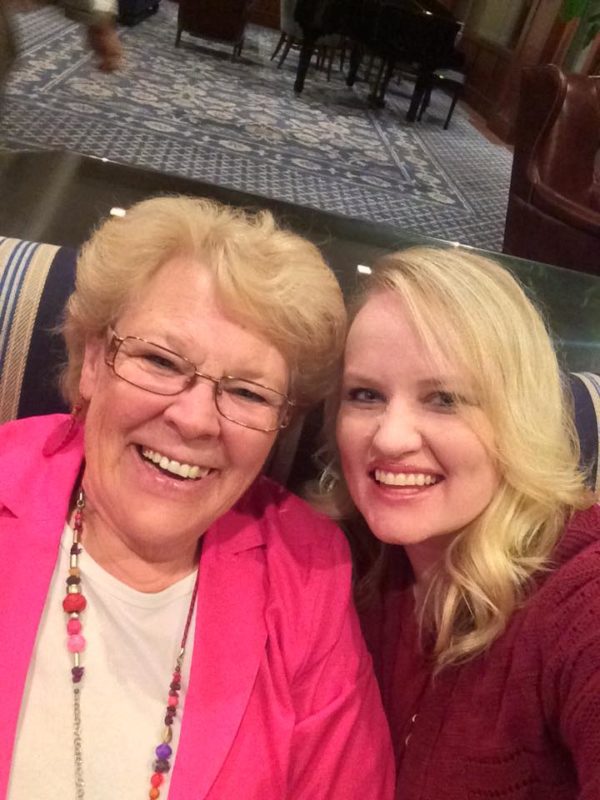 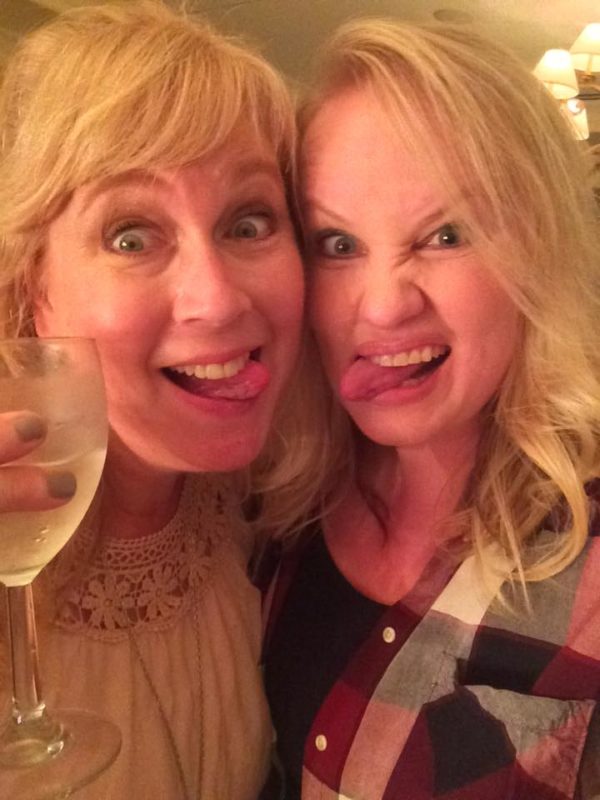 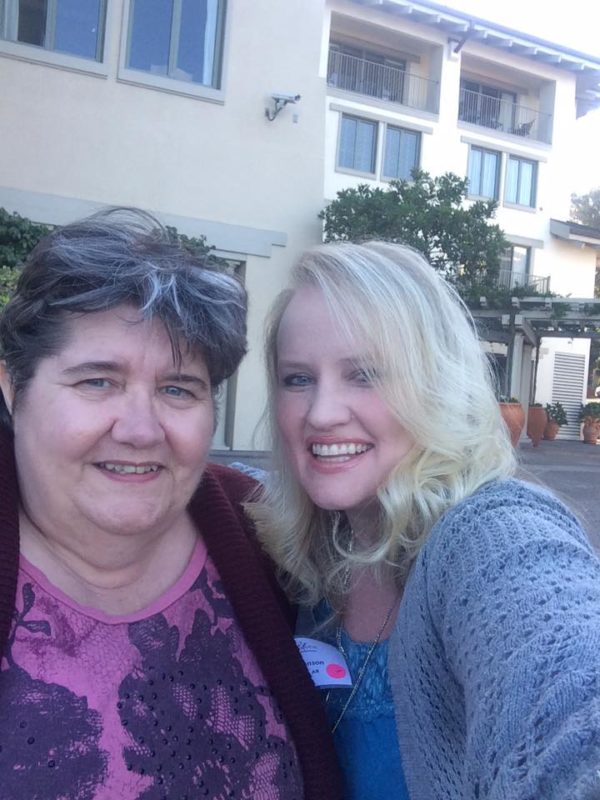 Something interesting happened during the last afternoon, however. Several of us had walked outside for a fresh breath of ocean air during our break time. As we leaned over the hotel’s third floor balcony, I just happened to look down and my heart slammed against my ribs. Directly below us was a window washer, standing atop a six foot ladder perched on the edge of a narrow walkway on the second floor, calming whistling as he attended to his tasks. Although it’s hard to tell in these pictures, there is absolutely no ledge to keep his ladder from sliding to the rocks below. None. 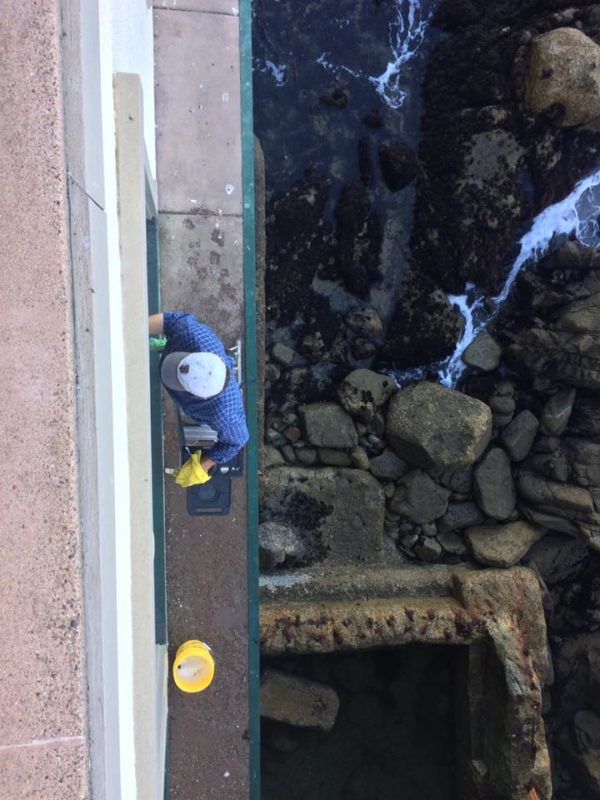 I watched him in fascination for several long minutes. Every time he moved farther down the walkway and he swung that ladder wide over the air, dangling the metal contraption into space, my stomach clenched all over again. But the man’s step never wavered. His whistle never stopped. If anything it was like the task was second nature to him, no different than breathing or eating.

If it was me wobbling on that ledge, the scene wouldn’t have been nearly so tranquil, I assure you. The whistle would have sounded more like the screeches of a dying cow rolling down a cliff.

And that’s just me getting to the top of a ladder, the second story ledge not included.

The window washer was comfortable because he had done his task so many times, fear was no longer a factor. He knew the ledge. He knew its strength and its width. He’d tested it over and over again. He could move in freedom, without thought and with a song on his lips while an ocean raged behind him and sharp rocks sat like teeth underneath because he had faith the ledge would hold him up. And it did.

It’s the same with God. The older I get, the easier it is to trust Him. Why? Because He’s proved Himself faithful over and over again. The storms are just as strong, the fire just as hot, the enemy just as diligent, but the fear doesn’t rattle me as it once did. Oh, there’s still some fear. I’m far from what I should be. But the goal is imperfect progress as the Father molds and shapes us into the image of His Son.

Perfect love casts out fear. The deeper we move and live in the knowledge of God’s love for us, the more the fear shrinks.

Maybe someday, I’ll even be able to whistle atop a ladder perched on a second story ledge.

I would love to hear from you. Do you struggle with fear? Have you found it easier or harder to trust God as time goes by? Why or why not?

Join Tara’s email community and you’ll receive a FREE gift, Just As I Am: Charlotte’s Story. 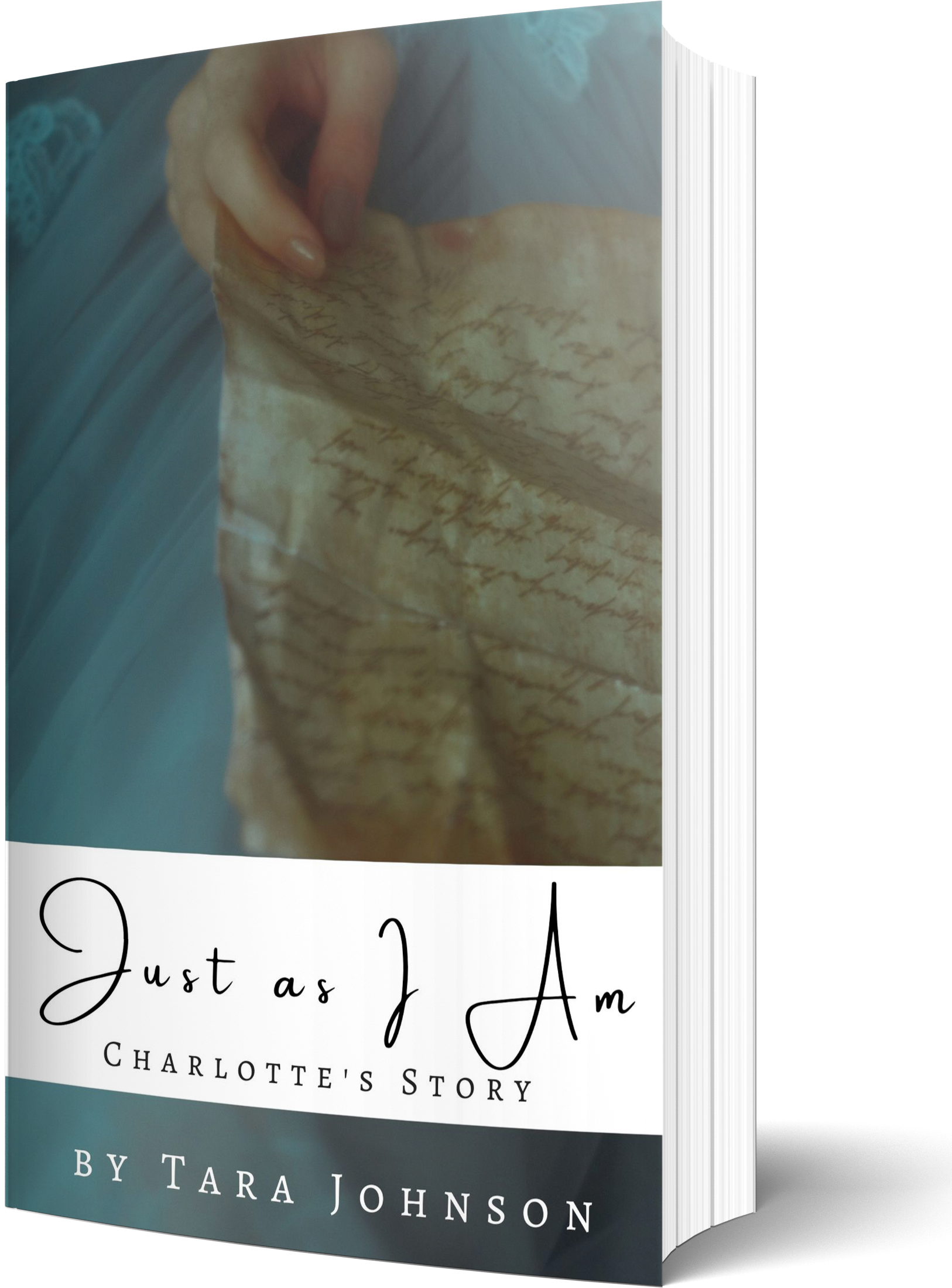 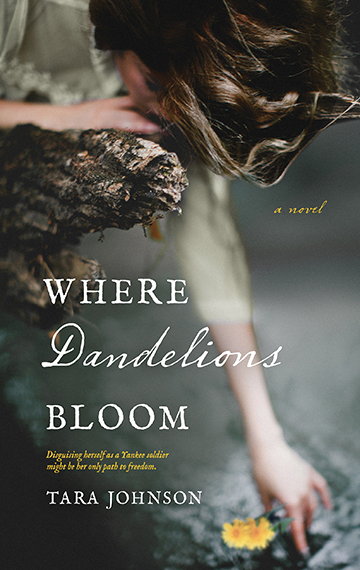 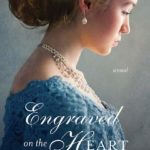